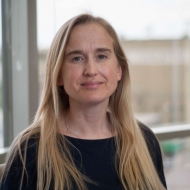 Vicki Sinclair joined the Manitoba Association of Newcomer Serving Organizations (MANSO) as its first Executive Director in June 2016. Before that she was the Director of Programming and Development at Immigrant Centre Manitoba, Manitoba’s largest settlement agency. She is a member of the Immigrant Partnership Winnipeg (IPW) Council, Le Réseau en Immigration Francophone du Manitoba (RIF du Manitoba), Immigration Research West (IRW) and the Western Region Research Advisory Committee (WRRAC). She is a former member City of Winnipeg’s Citizen Equity Committee and the Canadian Coalition of Municipalities Against Racism and Discrimination (CCMARD). She has a professional background in journalism and EAL and a deep commitment to partnership and community engagement. She became a Canadian Citizen in 2009.