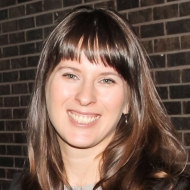 Dr. Shauna Labman is a legal scholar who writes and speaks extensively on refugee law, resettlement and private refugee sponsorship within a broader context of human rights and public international law. She focuses on the layered influences of law on public policy and government positioning. Her book, Crossing Law’s Border: Canada’s Refugee Resettlement Program (UBC Press 2019) examines the intersection of international rights, responsibility and obligation in the absence of a legal scheme for refugee resettlement.

Professor Labman completed both her PhD and LLM at the University of British Columbia, Faculty of Law and received her LLB from the University of Victoria. Her doctoral work was supported by the Pierre Elliott Trudeau Foundation, the Social Sciences and Humanities Research Council and the Liu Institute for Global Issues.

Prior to joining the Global College, Professor Labman taught in the Faculty of Law at the University of Manitoba. She has previously worked for the United Nations High Commissioner for Refugees in New Delhi, the Canadian Embassy in Beijing, the Law Commission of Canada in Ottawa, the Workers Compensation Board of BC, and the Nunavut Court of Justice in Iqaluit. She articled as a law clerk at Canada’s Federal Court of Appeal. In 2016 she was named one of CBC Manitoba’s “Future 40” for her work with educational, advocacy, and settlement groups.

Professor Labman works closely with the Immigrant and Refugee Community Organization of Manitoba and currently sits on their Strategic Planning and Programming Committee and their Community Engagement Advisory Committee. She is also on the Executive of the Canadian Law & Society Association and on the Advocacy Committee of the Canadian Association of Refugee Lawyers. She is a member of the Law Society of Manitoba and was a member of the Law Society of Ontario from 2004-2018.