Immigration and Refugee Settlement in Canada: Trends in Public Funding 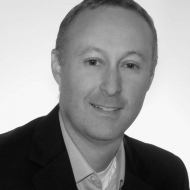 Associate Professor at University of Alberta

This project is a collaboration between the University of Alberta and the Alberta Association of Immigrant Serving Agencies (AISSA). Its researchers’ objective was to identify provincial programs for immigrant and refugee settlement, compare provincial funding trends and provide federal funding data for identifying national trends in settlement funding. AISSA is among many SPOs in Canada concerned with federal funding for Service Provider Organizations (SPOs) and settlement services for immigrants and sought to examine differences in funding for these services in each province.

Conducted by principal investigator Dominique Clément and research assistant Jennifer Braun, the research was carried out in two stages. In stage one, AMSSA reached out to SPOs within its network to identify existing government programs. Based on the feedback, all ten provinces were requested to provide information on the following:

• A list of existing programs for immigrants and refugees

• A description of the mandate of each program

The study found overall provincial government funding for immigration and settlement had risen since 2012 from $19,083,916 to $27,493,954; while overall federal funding to SPOs through IRCC grants and contributions program increased from $6 million in 1997 to $1.6 billion in 2017. It also found that after Quebec, Ontario had the highest funding for immigrant and refugee programs (approximately $11,500,000 per year) while Newfoundland and Labrador had the lowest. Funding for Alberta and NS remained flat, but Alberta saw increases in landing rates