The effects of a dual-language stimulation program for refugee children. 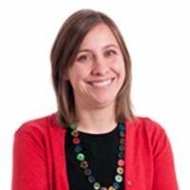 Associate Professor at University of Montreal

The main purpose of the proposed research is to assess the effect of a language stimulation program on the dual language development, emergent literacy, and wellbeing of Arabic-speaking preschoolers who have recently arrived to Canada as refugees. A secondary purpose is to gather much needed preliminary data on the language abilities of these children. In addition to being closely aligned with CRYYC’s priorities, the study will address concerns voiced by teachers working with children from Syrian refugee families in our community: (1) the children’s language abilities in French are very weak; (2) it is not clear that their first language is developing without delays; and (3) the children are more insecure, more timid, and display more frequent inappropriate behaviours (e.g., running about) than children from immigrant families in the same school.

While a language stimulation program program might ultimately prove effective for diverse groups of refugee children, in the proposed research we will focus on Syrian refugees. Civil war in Syria has led millions to flee, including over a million children, 37,000 of whom were born since armed conflict began in 2011 (Unicef Canada, 2014). Amongst the many consequences of civil war and subsequent migration is the interruption of schooling (United Nations Security Council, 2015).

Programs that are both culturally-responsive and evidence-based can play a positive role in the resettlement experience and wellbeing of refugee children (Shakya et al., 2012; UNHCR, 2000). Moreover, timely intervention can help counter the trauma experienced by child refugees prior to migration and its negative effects on their capacity to learn (McBrien, 2005; Sinclair, 2001) and confidence in people in positions of authority, including teachers (Strekalova & Hoot, 2008). Once children resettle in contexts where school is accessible, they still face numerous obstacles to success, including inadequate educational placements and discrimination (Shakya et al., 2012). A difference between the child’s mother tongue and the language spoken at school may also prevent a child from understanding what is taught, asking questions, or interacting socially with peers, and can thus have negative repercussions on a child’s achievement and wellbeing (McBrien, 2005; Shakya et al., 2012). Yet, the solution is not necessarily to deliver early intervention solely in the school language. There is evidence that support of the first language can help children succeed at school and ease acculturation, as well as promote children’s sense of belonging in their families and connection to their country of birth (Portes & Rumbaut, 2001).