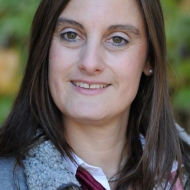 Associate Professor at University of Ottawa 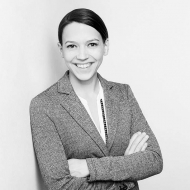 Researcher at the Centre for Social Investment, Heidelberg University

This research project sought to compare the perception of Syrian refugees in Canadian and German media. Both countries have taken in large amounts of refugees and while the initial reception has been overwhelmingly sympathetic, long-term perspectives in both countries are dominated by questions of identities and integration – whether social, cultural, economic, or religious. Since only relatively few members of the mainstream society have the chance to actually meet recent asylum seekers and refugees, issues of identity and integration are heavily shaped and communicated through the mainstream media

In its first year (2017-2018), research for this project focused on preparing a comparison of the representation of Syrian refugees in one German (Süddeutsche Zeitung) and one Canadian (The Globe and Mail) newspaper. Inspired by the notion of sublation (i.e. allowing others to become us) as developed by Bauder (2011) and drawing on critical discourse analysis, the research team examined newspaper articles that were published between September 2015 and January 2016.

The main findings of this study are that the representations of Syrian refugees in these newspapers generally reflect the national traditions of both countries (i.e. Germany as an ethnic nation and Canada as a settler society), however, they also highlight some peculiarities and contradictions: The articles in the Süddeutsche Zeitung reveal stark divisions within German society regarding “the refugee question” (supporters versus opponents), as a result of which the German national solidarity seems to be compromised in favour of an alliance between Germans supporting refugees (the majority) and the refugees. The articles analysed in The Globe and Mail demonstrate that the media coverage of Syrian refugees in Canada is less negative in comparison to that of other refugee groups. However, this positive representation is mainly used to highlight the “true” character of the Canadian nation, i.e. its generosity and benevolence toward minority groups.