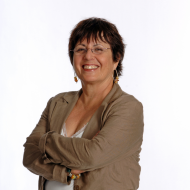 Professor at the University of Toronto (OISE)

Prior to their arrival in Canada, many Syrian refugee children experienced significant disruptions and/or limited access to education, leading to many of them falling behind their age appropriate grade level. With the support of the Canadian Government,various educational initiatives have been undertaken to ease the transition of Syrian children to Western society and to enhance their learning experience; these include, inter alia, efforts to integrate children into schools and develop their English as a Second Language (ESL) skills.However, limited support exists to facilitate their transition to the Canadian educational system in the area of mathematics and the language of mathematics. The language and literacy programs designed to support these ESL students typically ignore the language of mathematics, even though the ability to communicate mathematically is an important component of overall mathematics proficiency and academic development (Riccomini et al., 2015). Math vocabulary is closely bound to students’ conceptual understanding of mathematics (Capraro, Capraro, and Rupley 2010; Capraro and Joffrion 2006; Kotsopoulos 2007) and research has shown that language is a key component of mathematical success (Seethaler, Fuchs, Star & Bryant, 2011).

To begin to address this gap in knowledge, we ran a pilot intervention study in the spring of 2017 involving 30 Syrian refugee students ranging in age from 7 to 12.  The program ran in the community room of Thorncliffe Park, a neighbourbood in East York,Toronto, where many Syrian refugee families have settled. The focus of the study was to enhance students’ number sense skills and math vocabulary related to the concepts they were learning. In this pilot program, children attended 24, 1 hour bi-weekly sessions, over a period of3 months. Individualized tutoring was provided by science and math undergraduate students; in each session, at least 2 English-Arabic bilingual student teachers were present. All tutors were trained by Deborah Benhamu (an experienced math tutor whose undergraduate degree is in math and statistics), and covered materials and expectations outlined by the Ontario Ministry of Education in the Mathematics Curriculum Document. Three principles guided the “vocabulary of math” intervention: 1) individualized binders adapted to students’ skill level, 2) developmentally structured lessons, and 3) the use of culturally and linguistically sensitive materials (Benhamu,2017). Given family obligations, some tutees showed with their younger siblings in tow so tutors engaged in child care as well. The pilot study was a quasi-experimental design (pre-test -intervention – post-test). An individualized lesson plan was created based on each student’s pre-test in order to target gaps in their knowledge, regardless of their grade level; lesson plans built on the skills that students gradually acquired. Lessons on writing math symbols and digits and learning math vocabulary were of particular importance. These lessons included but were not limited to learning the meaning (conceptual and linguistic) of terms such as: product, quotient,percent, perimeter, area, and units of measurement (cm, mm, kg,). Once students developed proficiency in their math fluency and learned relevant math vocabulary, they worked on culturally sensitive word problems involving these concepts and vocabulary. For instance, a folder for a grade 2 student would be composed of addition and subtraction facts worksheets,worksheets that provided practice in writing digits and other math symbols, spelling numbers worksheets, and math word problems and applications worksheets. There was a significant improvement from pre to post scores on each of these skill indices: pre scores for the math application skills (M= 1.12 , SD= 1.54) vs. post scores (M=  18.06 , SD= 14.68); t(14) = 4.59 , p= <.000; pre scores for the math computation skills (M= 2, SD= 2.28) and post (M=  6.62 , SD=7.33); t(14) = 2.41 , p = 0.022; and lastly, pre scores for the math fluency skills (M= 23.75, SD=18.47) and post scores (M=  42.81 , SD= 32.398); t(14) = 2.044 , p = 0.0497.  Results of the pilot study were presented in June 2017 at a symposium of the Canadian Psychological Association(CPA) Conference.

In the pilot, students were assessed on their math fluency skills (ability to recall addition, subtraction and multiplication facts), math calculation skills and math application skills. However, to make causal claims about the effectiveness of the principles guiding this intervention and the role played by targeting concomitantly math skills and the language of math, we plan to conduct a true experimental study with an experimental group, a business as usual control group, and randomize treatment/control assignment, and to include novel math vocabulary and word reading measure. The sample will include approximately 60 students in grades 2-7 (30 in the treatment group and 30 in a business as usual, waitlisted, control group). The pre-test -post-test battery will include (1) a standardized receptive English and Arabic vocabulary measures (PPVT), (2) An experimental Math Vocabulary Measure (English and Arabic, see Appendix), (3) standardized math test (math facts and math word problems, in English and adaptation to Arabic), (5) two cognitive processing tasks: working memory (digit backwards) and digit rapid naming. (6) An experimental Math Vocabulary Word Reading test(English and Arabic). To minimize confounding by reading skills word problems will be read to the children. The individualized program will be delivered by 12 trained tutors, all undergraduate or graduate students studying math or education.  At least one Arabic speaking tutor will attend each session. The objectives of the intervention study are to 1) Evaluate its effectiveness; 2)Evaluate the contribution of individual differences in cognitive skills, math vocabulary reading skills, math word reading, age (in months), and extent of interrupted schooling; 3) test the hypothesis that command of math vocabulary will be positively related to students’ increased command of math skills; 4) develop two assessment tools (Math Vocabulary Measure; Math Words Reading) that will be used and refined in future studies (see below and Appendix 2). We have begun to develop a Math Vocabulary Measure (MVM) designed to assess command of key math vocabulary (e.g., difference, addition, product). We plan to further refine this measure to make it reliable and valid. We will also develop an Arabic parallel version to ensure that we can distinguish between knowledge of the concepts and familiarity with the language used to denote these concepts.